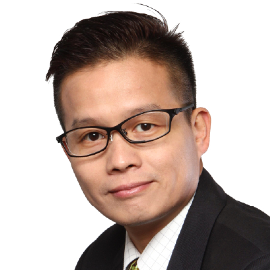 Finance Minister Bill Morneau is relaxing mortgage qualification rules to make it easier for home buyers to secure financing, a move that could give Canada’s real-estate market another boost.

The finance department announced Tuesday it will set up a new benchmark interest rate used to determine whether people will qualify for an insured mortgage that will be based on actual borrowing costs, rather than advertised rates. The existing qualification rule, which was introduced in 2016, wasn’t responsive enough to a recent drop in lending interest rates — effectively making the stress test too tight.

“For many middle class Canadians, their home is the most important investment they will make in their lifetime,” Morneau said in a statement. “Our government has a responsibility to ensure that investment is protected and to support a stable housing market.”

Morneau has been under pressure to ease up on stress tests that require home buyers to prove they can handle payments at about two percentage points above the contracted rate. The government’s qualification rules were matched by the country’s banking regulator on non-insured mortgages in 2018, prompting realtors to warn the measures were too heavy-handed, and disproportionately hurt young home buyers.

The federal banking regulator, the Office of the Superintendent of Financial Institutions, also announced Tuesday it is considering a similar change for uninsured mortgages, and is seeking public input before March 17.

The stress tests did trigger a slowdown in sales throughout 2018 and early 2019, but major real estate markets have been showing strong signs of recovery in recent months.

According to Tuesday’s statement, the changes will come into effect April 6. Home buyers seeking a mortgage will either need to qualify at the contract rate, or a new benchmark based off 5-year fixed insured mortgage rates, plus 2 percentage points in both cases.

The current benchmark is derived from the posted rates of the country’s six largest lenders. The government had chosen that benchmark as an effective floor on qualifying for a mortgage because it had traditionally remained 200 basis points above the average contract rate. In recent months, however, a disconnect began to emerge between the posted and contract rate, as commercial banks kept their advertised rates unchanged even as they lowered actual interest rates.

Up until recently, regulators have praised the stress tests, crediting them with making the financial system safer by bolstering the quality of new lending. Backing that up, the proportion of new uninsured mortgage loans that exceed 450% of a borrower’s income peaked at 20% in 2017, then fell to 14% in 2018 after the new rules came into effect, Osfi data show.

On the other hand, leaving the stress test as is may have had unintended consequences, particularly a rapid rise in alternative lending activity as more borrowers moved into the less-regulated private market.